“Theology is the science of religion, an intellectual attempt to systematize the consciousness of God. If we take the doctrine of the Trinity (which is a noble attempt of the mind of man to put into a theological formula the Godhead as revealed in the Bible) and say – ‘That is God,’ every other attempt as a statement of the Godhead is met by a sledgehammer blow of finality. My theology has taken the place of God and I have to say, ‘That is blasphemy.’ Theology is second, not first; in its place it is a handmaid of religion, but it becomes a tyrant if put in first place.  The great doctrines of predestination and election are secondary matters; they are attempts at definition, but if we take sides with the theological method we will damn those who differ from us without a minute’s hesitation.  Is there any form of belief which has taken the place of God with me?” Oswald Chambers

My sister married a Lutheran.  Of course, by the time of the wedding, Chad (my brother-in-law) had pretty much convinced most of us that he was OK and that he was not a pagan or anything.  But still, my sister was getting married in a Lutheran church.  It was not a huge thing, but for my very Baptist family, it was also not a completely small thing.  I think it mattered a little to some in the family.

That was a long time ago, but even by then I was already being shaped into a peacemaker…and this peacemaker was a little worried about how my very Baptist and sometimes loud and argumentative family might behave in that Lutheran church.  Oh, I’m not saying I stayed up at night worrying about it.  I’m just saying…I wondered.…

Two true stories from my ministry: 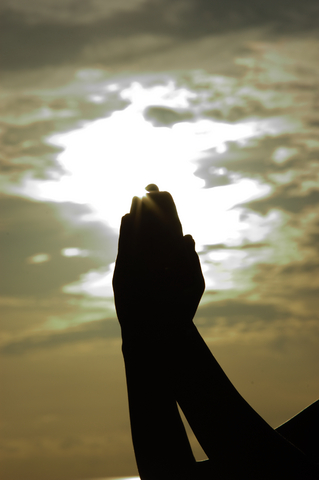 1.  “God, I’ve got this one…I’ll check with you on the next one.” I had not yet really started a ministry.  I was a lawyer, a seminar speaker, and somewhat of a Bible teacher.  As a negotiator, I had been involved in hundreds of secular mediations, and I had only just begun experimenting with mediation in the church.  I received a call from a minister friend who needed a mediation done at a small church he knew.  The pastor was in trouble and the church leadership was dividing.  I asked how many people this included and he told me about a dozen or so.  I told him to get them all together on a Saturday morning and I would fly out, mediate with them for a half-day or so, and take care of it.

Yes, I really did say that.  Looking back on it, I can’t believe the arrogance.  I had been in all these mediations, most of which had resulted in resolutions, and I genuinely thought to myself, “How hard can this be?”  There was no prayer involved, other than the obligatory prayer at the beginning of the Saturday meeting.  I showed up, began the mediation, and the whole thing fell apart within a couple of hours.  A church was all but destroyed and a man’s ministry was ended.  My own lack of any Spiritual preparation or focus was the reason.

2.  “God, I cannot do this without you.” I was speaking to a congregation about some severe conflict in their church.  It was actually just one stage of a full-blown intervention involving a