Now after the king had burned the scroll with the words that Baruch wrote at Jeremiah’s dictation, the word of the Lord came to Jeremiah: “Take another scroll and write on it all the former words that were in the first scroll, which Jehoiakim the king of Judah has burned. And concerning Jehoiakim king of Judah you shall say… I will bring upon them and upon the inhabitants of Jerusalem and upon the people of Judah all the disaster that I have pronounced against them, but they would not hear.’”  Jeremiah 36:27-28, 31 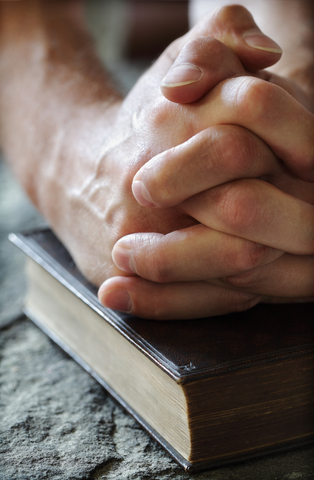 In these recent days of Christians arguing over same-sex issues, we see a lot of lip service given to how much we love and honor God’s Word and how much we love each other (the sinner), while hating the sin. I am taking an opportunity today and next Monday (in my Monday Morning Quarterback post) to ask some hard questions about our sincerity on both counts.  Today’s question: do we really respect the Word of God?

Young King Josiah, when he first heard the words of the long lost Book of the Law, tore his clothes in grief over the message (2 Kings 22:11). Years later, his son (King Jehoiakim) heard the Word of the Lord and responded very differently…he burned it.  They both heard God’s Word and it was not what either of them wanted to hear. But their responses were very different. One showed immense respect for it. The other, utter disdain and disrespect.

A proper respect for God’s Word means we do not bring any of our own bias or phobias or agenda to it when we seek its truth. We do not start with what we want and then go looking for an interpretation that fits that agenda. We do not google the …