Peter looked straight at him, as did John. Then Peter said, “Look at us!”  So the man gave them his attention, expecting to get something from them.  Acts 3:4-5

The short, two-block walk in downtown San Antonio from my parking garage to my office usually crosses paths with at least a dozen or so people who are either homeless or at least very “down on their luck”.  There was a time a few years ago when God brought me under conviction for my then-habit of crossing the street before I had to face them and their requests for money.  I am pleased to say I do not do that anymore.  I actually know several of the regulars by name now: Sal, Jorge, little Joseph, Becky, and one who just calls himself “Soldier”.  While I am pleased to know these few names, God is not finished with me yet.  The next lesson is about the eye contact…or lack thereof.  I know God is leaning on me to be a better friend to these often-troubled souls, and in order to do that, I really am going to have to be better about making eye contact with them! 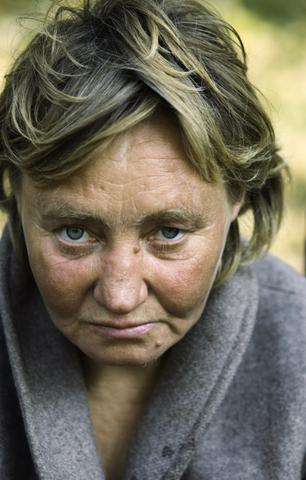 That is the real issue, isn’t it?  We don’t want to see them, and we don’t want them to see us.  And it is not just the homeless…it is anyone whose needs just seem overwhelming to us.  We do not want them to see us as a possible source of help, because we do not believe we really have something that will help them.  If you walked into a hospital ward full of sick people and you were carrying the one vaccine which you knew would cure them, you would look them all right in the eyes and tell them to line …