Tuesday Re-mix – This is a popular post from last year, updated and resubmitted for your consideration and comments.

“Some claim that it was on June 17, 1963, that the end began. That was the day prayer was removed from public schools. Christians argued about this date as if everything was fine on Tuesday and then fell apart on Wednesday. I am certainly not saying that this was not a sad day for followers of Christ; but this assessment is not only naive, it is indicative of our disconnection to the real crisis. The crisis did not begin when prayer was removed from public schools but when we stopped praying.“ Erwin McManus, An Unstoppable Force

Some years ago, the United State Supreme Court was considering a school prayer case arising out of my home state of Texas. It involved a prayer given over the intercom at a football game one Friday night. I happened to be consulting with a church which had become very politically active in the media “campaign” to keep our “rights” to pray over the intercom at football games. This was a church where a few hundred people would attend worship services on Sunday morning. I went to their regularly scheduled Wednesday night prayer meeting one week, expecting to get a taste of their fervor for prayer. I was surprised to find only a couple dozen people there…a crowd I was assured was pretty standard for their weekly prayer meeting.

What is wrong with that picture? 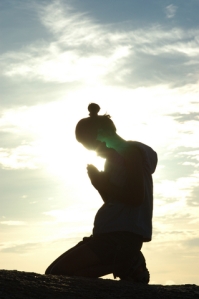 Here is the truth. Here in America, the church has demonstrated a great deal more passion about its rights to pray at football games and schools than its belief in the power of prayer in the first place. Let’s face it, if we the church really believed …