I will not come against their cities.
They will follow the LORD;
he will roar like a lion.
When he roars,
his children will come trembling from the west.
They will come from Egypt,
trembling like sparrows,
from Assyria, fluttering like doves.
I will settle them in their homes,”
declares the LORD.  Hosea 11:9-11

“…and on this rock I will build my church, and the gates of Hades will not overcome it.” Matthew 16:18b 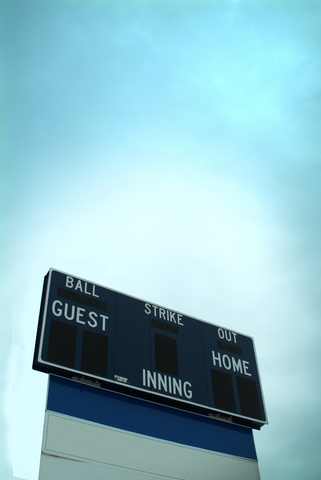 It is a scenario which plays itself out in the sports world over and over again.  A frustrated player whose team is hopelessly behind with no chance of winning happens to make a good play or win one small skirmish against his opponent and begins to celebrate wildly.  His opponent simply points to the scoreboard and says, “Scoreboard, baby” (or some other word is sometimes used instead of “baby”).  The point is simple: knowing the outcome of the game ahead of time does change things a bit.

That is why words such as Hosea’s (above) had to be encouraging to Israel.  Though a horrible season was coming, it gave them a sense of what would be on the other side.  It is what God does for His people…He gives them hope of what is to come, even in the midst of judgment.  He still does.  The church today has similar promises to which we can cling.  We may go through horrible seasons ourselves (as a church), but we know how the story ends…we know Christ’s church prevails in the end.  “The gates of Hell will not prevail against it.”  That is an important encouragement.

Often, when I am working with a conflicted congregation, I will encounter leaders in the church who are literally wild-eyed and crazy passionate about “defending” the church, or protecting …