Some time later Paul said to Barnabas, “Let us go back and visit the believers in all the towns where we preached the word of the Lord and see how they are doing.” Barnabas wanted to take John, also called Mark, with them, but Paul did not think it wise to take him, because he had deserted them in Pamphylia and had not continued with them in the work. They had such a sharp disagreement that they parted company. Barnabas took Mark and sailed for Cyprus, but Paul chose Silas and left, commended by the believers to the grace of the Lord.  Acts 15:36-40

I honestly cannot even imagine how difficult being on a mission trip with the apostle Paul would have been.  It seems to me you would be hard-pressed to find a more driven, intense “missionary” in the entire Bible than Paul.  He seems to have worked tirelessly through very long days and he seems to have pushed himself and his fellow laborers to extremes.  Being on mission with Paul would not be for the faint-hearted.  So, just between you and me, I don’t blame young John Mark one bit for bailing on Paul in Pamphylia.  I am sure that young man felt utterly overwhelmed by it all. 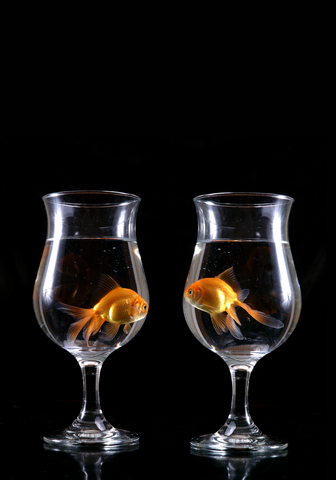 But oh what I wouldn’t give to have been a fly on the wall during that later conflict between the two teachers, Paul & Barnabas, over this very incident.  Paul would have argued vehemently that the mission field is no place for quitters and that he had no time to be babysitting when he could be out teaching.  He would have pointed out that John Mark literally left them holding the bag when he quit on them in the middle of that mission trip.  Barnabas, ever the …