Jesus called his twelve disciples to him and gave them authority to drive out impure spirits and to heal every disease and sickness…As you go, proclaim this message: ‘The kingdom of heaven has come near.’  Heal the sick, raise the dead, cleanse those who have leprosy, drive out demons. Freely you have received; freely give.  Matthew 10:1, 7-8

I have a ministry.  Well, it belongs to God, not to me…but you know what I mean.  I have been entrusted with an amazing ministry and an amazing message about unity among God’s people.  I know the feeling of ownership of a ministry.  I know the pressures of stewardship of such a message.  And I know the stress of placing the reputation, the very name, of that ministry into other people’s hands.  I know what it feels like to send other people out in the name of Christian Unity Ministries, placing them in control of our reputation, and having little or no control over how they will exercise that stewardship.

So I am more than just a little bit amazed at what Jesus does in Matthew 10, sending out the twelve to perform miracles in His name.  There was no tutorial about casting out demons.  There was no dress rehearsal for any of them to practice raising the dead.  He just gave them the authority, gave them a few verses of instruction, and sent them out.  Surely they did not all take to this task naturally.  There had to have been some humorous “fails” (like the one at the foot of the mountain in Matthew 17:16…I brought him to your disciples, but they could not heal him).  Nevertheless, Jesus empowered them, authorized them, and sent them out to do His Father’s work, and he exercised virtually no control over how they did it. 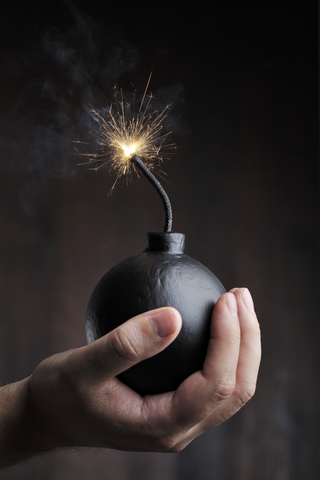 Pastors, leaders, do you do the same with your people?  Do you see enough evidence of the Spirit in them to trust Him to lead them?  Do you trust your people to go out in the name of Christ (and in the name of your church) to do ministry?  Here is how Erwin McManus described this philosophy in his pastorate of Mosaic (from An Unstoppable Force): “I am often asked if we monitor people to insure their adherence [to their membership commitments to serve].  And the answer is no…It’s amazing how much people can accomplish if you’ll simply have confidence in them and call them out to give God the very best of their lives.”  I believe it is McManus who goes further to describe his role as pastor to be very much like lighting fuses in his people and waiting and watching for the Spirit in them to explode into ministry.  They just need to be called out and sent out.

If you are a pastor, I know there are aspects of that metaphor which make you terribly nervous.  As the one who will ultimately be held responsible for their ministry actions, you no doubt feel a need to control them…after all, you cannot have them embarrassing the church or putting the church at risk, can you?

As a church attorney, I know that is a legitimate concern.  I know there is the possibility that they will mess up royally, that they will bring humiliation and liability to the church as a result of their poor judgment or bad acts.  I know there must be some accountability, some level of control over them.  I know you cannot just turn them loose to go out and do good things in the world, to go out and become the ministers God is calling them to become.  That would be reckless and ill-conceived.  Of course you cannot do that…

Permissions: You are permitted and encouraged to reproduce and distribute this material in any format provided that you do not alter the wording in any way and do not charge a fee beyond the cost of reproduction. For web posting, a link to this document on this website is preferred. Any exceptions to the above must be approved by Blake Coffee.  Please include the following statement on any distributed copy: © Blake Coffee. Website: churchwhisperer.com